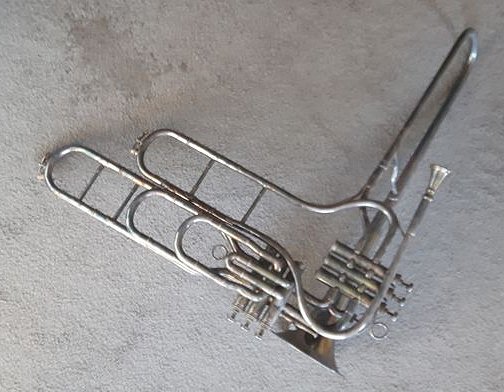 Valve trombone with 6 independent valves. The trombone is made by H. Van Engel in Lierre (Bier), Belgium. The Van Engel family operated a musical instrument factory in Lierre from 1813 to 1926. This trombone was made by the great-grandson, Henri van Engel between 1893 and 1926. The instrument does not contain a serial number. The bell measures 5 3/4 inches and has the inscription: fabrication, artistiques & perfectionee, H van Engel - 66 rue Delisp, Lierre, modele adopte par, mr Dax, professeur au Conservatoire de Bruxelles. The trombone is very unusual with 6 valves which work independently, the instrument is played in the same way as a sliding trombone. No valve pressed is the 1st position, 1st valve is 2nd position, 2nd valve is the third position etc. This trombone was invented by Adolph Sax in the 1840s. Complete with original case and mouthpiece, museum piece! Is leaving the collection. Valves and tuning tubes all work. Additional tuning tube to play in a different tuning.

This instrument was designed with potential sales to the military in mind. For early brass instrument and saxophones makers, volume sales to military clients was very significant. Even as recently as there nineteen nineties there was a company situated on the corner of the Rue Calme and Rue du Marché au Charbon, Brussels, who manufactured musical instruments for the Belgian Army. 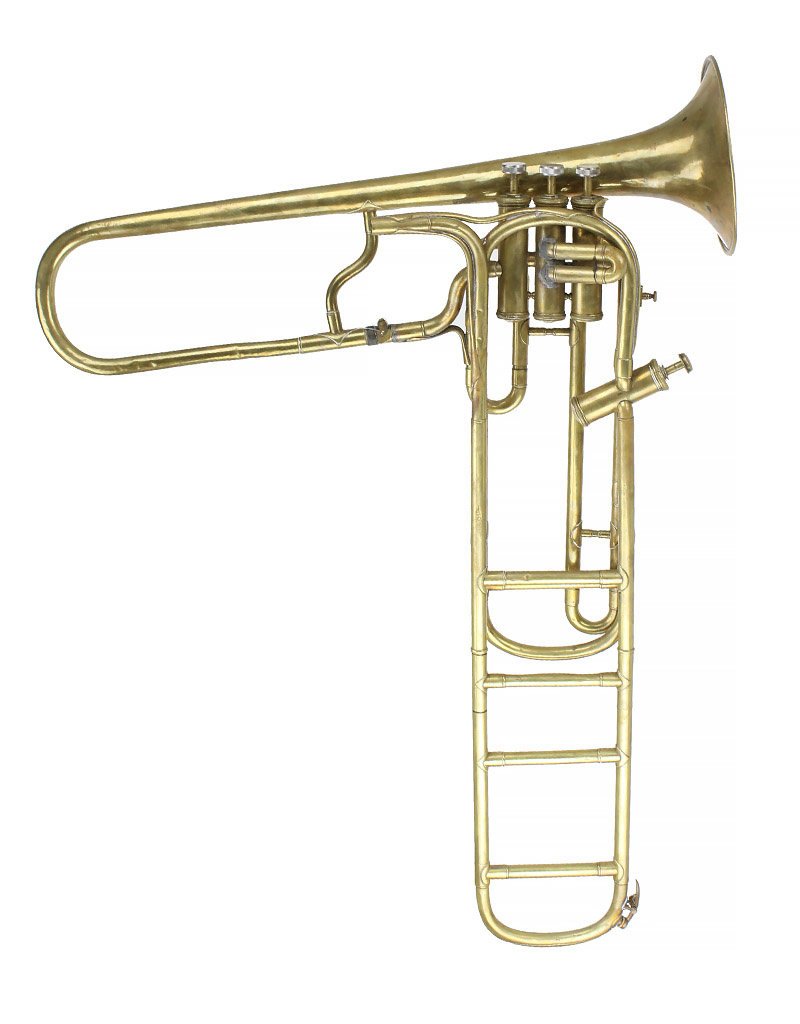 The instrument I know the current location of lacks the fourth valve.