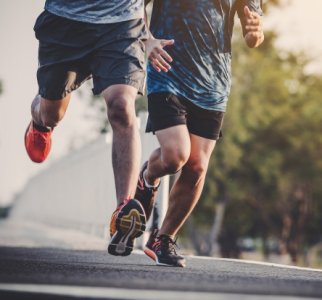 My primary school was a curious and perhaps unique mix of children. Most of the pupils came from working class families - yes they could be precisely defined at that juncture - however a significant number were children from Jewish families. Some shared the same socio-economic profiles as the majority of children, however, a significant percentage came from solidly middle class and professional backgrounds.

Sports day was an eagerly anticipated annual event, even for myself, whose puny frame was never going to develop into any semblance of the athletic. The specific race was the one hundred yards. I am fortunate enough to possess a reasonably photographic memory and I can vitalize the scene even now these many years later. The bang of the Starting Pistol and a vision of Jackie Turner almost one third along the track before the other competitors had even put one running shoe in front of the other. I do not remember exactly the winning time but it was around fourteen seconds, a remarkable performance for a ten-year-old boy.

The headmaster after the event was voluble about this and announced it to the whole school, almost as if it had been personally responsible for this remarkable athletic achievement.

"So what happened to Jackie Turner?" the answer is of course "Nothing!". Just some kid from the backstreets of Salford.

Even at this early age and now I realize because of the unusual social mix of the school I became aware, however vaguely, about the concept of inequality of opportunity. One good friend, a quiet and gentle boy, Anthony, suddenly left to go to Manchester Grammar School. Mike Leigh, a couple of years younger than me, went on to be an internationally acclaimed film director, There were others from families with books, culture, rich vocabularies, parents who understood the concepts and possibilities of higher education.

We hear so much about the under achievement of children from lower economic groups and the need to do something about it. Set a committee of academics. Set up a committee of parliamentarians. Set up a committee of educationalists. What is the result of time, money and the nodding of sage heads? Their conclusions are obvious and do not require long deliberation to state the obvious. Children from lower socio-economic groups in general underachieve. In the final analysis, these gatherings of the Great-and-the-Good are the means to do nothing.

The waste of potential ability in England - I say England deliberately - always has been and continues to be immense. England continues to be a country that cherishes class differences to a much greater event than any comparable nation in the world. The public school system, arguably, up until the decline and eventual disappearance of empire did serve the purpose for which it was intended, to administer and rule throughout the globe. Beyond that decline, it continued, and continues to produce large numbers of not particularly intelligent individuals imbued with totally unquestioning self-confidence. In the past they would have been despatched to an administrative post in the colonies. Now the majority remain in a largely polyglot England, with an anachronistic belief in exceptionalism and suspicion of the dedicated professional working within any field of endeavour.

So the question is, "Will anything ever be done to change this situation?" the answer is a definite "No!" Egalitarianism is a concept that has never been held in much regard within the boarders of this increasingly sad country.