The 1979 BBC adaptation of John Le Carré’s novel mystified a nation – but also featured one of the greatest performances ever seen on the small screen. The Guardian. 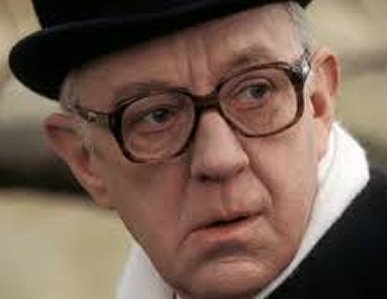 Why was this classic series thought to be so impenetrable, mysterious beyond comprehension, and even boring? I myself never found it to be any of these things. Over the years I have watched it again and again on DVD, sometimes binging its entirety at one sitting and have never ever found it to be anything other than totally compelling.

There is very little in the way of violent action. An exception the unfortunate Jim Prideaux trapped in a Czechoslovakian forest, the episode lacking any actual blood splattering the small screen. It is a sinister comedy of manners. This it makes the eventual murder of the detained and soon to be exiled 'Mole' even more shocking.

You need to have been born and reared in England to really appreciate the subtle indicators of class, the assumptions of elites at that time, mannerisms and accents, the markers The English learn to unconsciously recognize almost from birth.

Why the criticism of something that required concentration and immersion? In retrospect a substantial sector of the British press had never been to happy about people indulging in thought and analysis. They just might start to realize the high percentage of lies and distortion fed to them on a daily basis. The name of the game was and still is to protect the top layers from undue scrutiny and never mind the casualties. The unfortunate Stephen Ward a very apposite example. Since Murdoch commenced trashing the English press most of what we see now is garbage intended to satisfy a minimum attention span. Fodder for a purposely under educated population.

Tinker Tailor Soldier Spy was of its time, but contemporary England, I say England deliberately, is once again under the uncaring control of elites identical in many respects to those portrayed. Prep-schooled. Public-Schooled. Oxbridged. The same delusions of exceptionalism and Imperial grandeur.

Smiley questions the now exposed Bill Haydon - "Why?" His treachery was perhaps inexcusable, but in essence his explanation was accurate "After World War Two some unfulfilled hopes. It was not to be. No credibility in the world. We have become America's streetwalker."