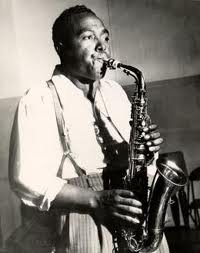 Osmosis - Or - Technique Is In The Genes

My good friend Joe Higham sent me the link to an interview with Charlie Parker that had been posted on YouTube. Most interesting because in general not having had much opportunity to listen to Bird in verbal exchanges rather than the musical variety. He comes across as being a highly intelligent and very articulate individual.

What really made me really sit up and listen was the assumption - on the part of the interviewer was that Bird had by some form of osmosis acquired an incredible technique without having to work at it. The assumption that some folk just have it their in their genes. Pick up the horn and out streams Donna Lee - no problem.

It was a fairly common assumption at that time that some musicians - usually non-white musicians- really did not have to spend time in the woodshed. Parker was quick to disillusion him mentioning deep study and fifteen hours a day practice sessions. But from the tone of the interviewer's voice you could perceive he was most surprised and perhaps still had some doubts as to the veracity of this concept.

Today perhaps vis-à-vis jazz such attitudes are long defunct. But at the time and for some considerable time after such - may I say racist assumptions - were all to common. I will even confess to being something of a victim to such attitudes when I started to interest myself in jazz in my teens. I am sure that many aspiring jazz musicians never really developed to their full potential assuming that instrumental fluency would in some way descend from the clouds. Or even worse that striving to acquire technique somehow sullied the purity of the genre. From memory, I remember reading in Hugues Panassié's Dictionary of Jazz that Parker played acceptable jazz until around nineteen thirty  seven at which point displayed instrumental dexterity that was quite out of keeping with what Hugues Panassié considered to be real jazz.

I was recently reading an essay by Alan Bennett where he was discussing the fact that people like to assume - indeed such assumptions are encouraged - that many notable artists somehow just had it and their subsequent eminence was reached - with talent perhaps - but without study or hard work. In fact academic studies have looked at this  phenomena in some depth and confirmed such assumptions are widely held.

Why do people hold such cling to such opinions ? It is a course the whole basis of celebrity and the promotion of spurious minute talent. I could do that to if I wanted to. I will do in front of some imperceptive and hooting audience. Talent who needs it. Sweat, study, and achievement. Who needs it.

I am very saddened to observe that the racist - in the genes - school is still around. I have recently been watching truly wonderful young Chinese and Japanese classical musicians on YouTube. Some  of  the published comments are shameful: Asian of course that is why they are so accomplished - and so on and so on...

To return to Charlie Parker. You can judge from the tone of his response that he was more than a little disturbed to hear the implication that some how his consummate skills had just dropped out of the sky.

Like the man said - I forget who - genius is twenty percent talent and eighty percent sweat - BIrd knew that even if the interviewer was in blissful ignorance.