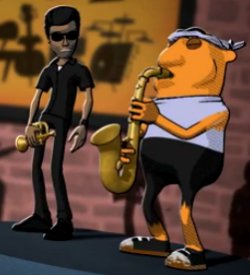 Saxophone Mouthpieces and the Quest for the Perfect Reed

A year or so in a moment of barely concealed lunacy I decided I would start to learn the Soprano Saxophone. "So What" you might say. Well I do play the Valve Trombone. But I must also add that I have always been attracted to the saxophone, but in the long ago days of my youth, saxophones were a rarity. It was a Brass World that I lived in. Brass bands were common. The North of England produced a very high percentage of brass playing musicians who had gone on to achieve national and international recognitions playing in the brass sections of great orchestras.

So I brought a reasonably good soprano saxophone on eBay. It was only then I became aware of the mysterious question of reeds and mouthpieces.

Brass players do change their mouthpieces from time to time. Some do not. I have used the same mouthpiece for more then thirty years. So it came as something of a surprise to realize that, in the world of saxophones, matters were rather more complicated. Reed brands and classification number. Mouthpieces have a bewildering array of specifications: Baffle. Body. Beak. Bore. Break Point. Chamber. Chamfer. Facing Curve Facing Curve Length. Floor. Frontal Rail. Inner Side Walls. Ramp. Shank. Side Rails. Table. Throat. Tip Opening. Tip Rail. Window.

Choosing the right mouthpiece for you can be a daunting task.  You’ve got an almost infinite amount of choices, and from among them you are expected to find exactly what works for you without being able to try them all and many times without the most basic knowledge as to what actually makes a mouthpiece a good mouthpiece.

All heavy going for the likes of a mere brass player.

So we come to Smigly. The creation of Allen Mezquida an accomplished alto saxophonist. As a regular on the New York jazz scene in the 80s and 90s, he performed and recorded with many of the greatest musicians still playing at that time, like Art Blakey and Gerry Mulligan. His 1996 solo album, A Good Thing, was well-received by critics. To quote:

"I was more frustrated with jazz’s tiny place in the current cultural landscape than with my jazz career," So he turned to another of his artistic passions. The visual arts–cartooning, in particular–had always attracted him.

I am a great fan of Smigly. They combine wonderful animation and characterization with incisive and thought-provoking story lines. Check him out. I can assure you that you will not be disappointed.

So on to the world of finding the perfect reed.