Albert Was The Reason I Voted Leave 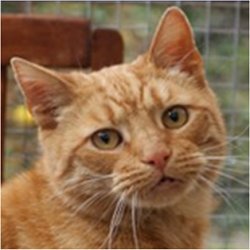 My friend Elsie Cobnut was the first to tell me explained Mrs Doris Outwear of number 64 Buttercup Terrace. She had read it in the paper - the weekly - she forgot just where and when - that the Common Market lot were going to pass a new law making all owners of ginger cats get their pets seen to or be fined. "Seen too. You know that means" she explained gesturing vaguely in the direction of Albert her ginger cat's nether regions.

"Some rubbish about - breeding control" my friend Elsie Cobnut said.

"Whatever next I thought. Not my pussy" once again gesturing vaguely in the direction of Albert her ginger cat's nether regions. "So I voted Leave!"

Out and about with reporter Wilma Wilmot