The Club 43 Manchester, England was extremely influential in promoting the appearance of live performances of American jazz musicians. Up until the later part of the sixties performances by American 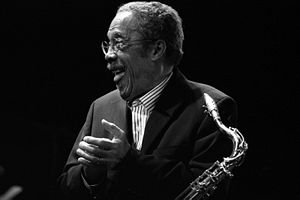 Manchester at that time was the home base of many of musicians drawn in by a very vibrant local scene; a large night club scene and music consuming television studios. The 43 Club featured many of these notables particularly as backing groups to visiting international names.

Johnny Griffin appeared at the Club 43 the backing trio for the gig: Eric Ferguson (piano) Tony Crofts (bass) Ronnie Parry (drums) Listen to a steaming version of 'All The Things You Are' recorded live on tape. The track was sent to me recently by Tony Crofts.

Johnny Griffin Live at The Club 43.

All The Things You Are

Footnote: I had the good fortune to share 'The Stand' with Johnny Griffin at a jazz festival in Brussels during the early nineteen nineties. For me it was one of the high spots of my own Jazz Life.