When I put Jazz Clubs Worldwide online some thirteen years ago, the very first club to send me information was the Hot Clube de Portugal. So it is with considerable sadness, following on from a call on Skype from Claude Moreira, that I must tell you that The Club has been totally destroyed by fire. Not only The Club, but musical instruments, and an irreplaceable collection of recordings and archive material. 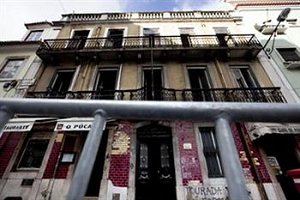 The Hot Clube de Portugal was founded in 1948 and is one of the oldest jazz clubs in the world. Many international names and bands have appeared there and it also provided a venue for more local talent and took a keen interest in young musicians and their jazz education.

The club was situated in the basement of building that was a part of an official a local government complex. It would seem that not much attention had been directed to the proper maintenance of the building. The rebirth of the Hot Clube de Portugal depends very much upon what input the local government administration is prepared to initiate.

Claude Moreira would be very happy to receive the support of the international jazz community, not particularly money, but both vocal and written support to ensure that the political decision makers can see that the demise of such a valuable institution should not be allowed to occur.