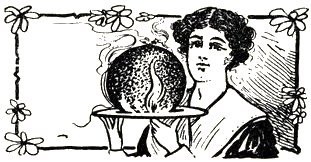 Most people living within the British Isles would I expect know the answer to this question. Also,  places in world where early immigration has established traditions that evince themselves both in the kitchen and language usage. Any sweet dish served directly after the main course is often called - Pudding - thus invoking the question "What are we having for pudding?".Sweet puddings can be referred to as Deserts. Cooking techniques include: Boiling. Baking. Steaming. There are also some pudding where cold preparation is used.

There is no definitive definition a what constitutes  a British Pudding.  Their history is long and complex, their diversity wide-ranging. Dishes that suggest the homely and comforting.  Winter days when puddings such as spotted dick or baked crumbles served with sublime custard, or thick chilled cream, evoke both memories and anticipation. Warm summer days and the sweet and melting taste of Summer Pudding. The taste of Savoury Puddings too are much loved and not forgotten.  Great British Puddings presents pudding recipes, some familiar, others less familiar. We do hope that you find them both useful and interesting.If you have a special recipe of your own please send it, and we will publish it for you.

Though I have often traversed Slovenia en route to Croatia [ ... ]

The late Red Mitchell composed and penned the lyrics for a song entitled [ ... ]

Easy listening. What is its function? The first food given to babies [ ... ]