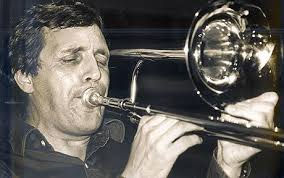 A very great friend of more that forty years, the late Derek Wadsworth, who died on th 3 December 2008 at his home in Aynho, Northamptonshire, England.

Derek was to use the old but apt cliché: a musicians' musician.

Derek's career started as a member of a Brass Band in Yorkshire and was to develop into an astonishing CV that included jazz, pop music, television, film, orchestral arranging and conducting, choral work and much more. Just to give you a glimpse of the range of his achievement here are some of the names and projects he worked on:

My abiding memory of Derek during the later years of his life was his quiet concentration, sitting in an easy-chair by a window of his beautiful period house, pipe on the go, gazing out at the bird feeder on the wall outside the window.

Most people living within the British Isles would I expect know the [ ... ] 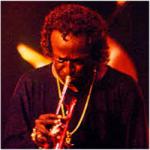 "Astounded! is the only word I can use to describe my utter dismay" commented Major [ ... ] 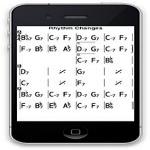 Real Book and The Smart Phone

It has become a familiar sight. At jam sessions - forgivable [ ... ]

Sometimes I have a feeling that telepathy is a tangible phenomena. Ian [ ... ]